Here's a little information about our origins as a congregation. Lots is still going on as we move into the future.

Who Are We Now?

In the spring of 1964, the Rev. Gordon M. Wendland was assigned to the Burnsville community by the Bishop of the Evangelical United Brethren Church with the specific purpose of gathering a congregation. On Sept. 13, 1964, 94 people gathered at the Sioux Trail School for the 1st worship service. On Dec. 6th, 1964, 165 people attended the service in which 72 of them became part of the organizations Charter group. Fourteen of these Charter members are still a part of River Hills Church. After more than 50 years our membership has grown from 72 to 600 members.

Nov. 22, 1964 ground was broken for the first 2 units of the church building. Sunday School and worship services were held for the first time in the new building on Oct. 15, 1965.

In April of 1968, Pastor and Mrs. Wendland went to Dallas, Texas to participate in the events which resulted in the church being officially named as River Hills United Methodist Church. The Union Sunday in Minnesota was celebrated June 2, 1968.

As our church membership grows, so does our need for facilities to meet this challenge in Christian education. The challenge was met, and the new sanctuary with greatly increased Sunday School facilities was consecrated on November 19, 1972. The old sanctuary is now the Bosshardt Room, just to the right as you enter the main doors.

In December 1976, we received a substantial memorial gift in memory of Mrs. Anna Vucurevich. Anna was the mother of John Vucurevich, who was Claudia Ireland’s father-in-law (Claudia was the daughter of Wayne Ireland, who served as pastor of River Hills). This gift enabled us to have pews installed and pave the parking lot.

With help from funds provided by the United Methodist Women’s Bazaar and the Catering Committee, a new kitchen was added in 1977.

Since then, additions have been made to the offices and the education spaces. In 2011, the central stairway was moved to the side of the building to make a large Narthex (lobby). ADA-accessible bathrooms were added near the sanctuary at that same time.

In 2021, the new Creation Care Committee began its work making the building more environmentally-friendly. Meanwhile, the Trustees received a gift to convert all lighting to LED to increase energy-efficiency. 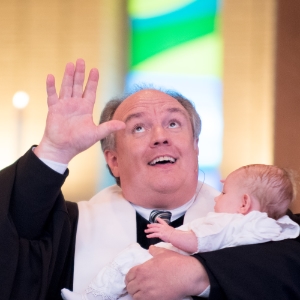 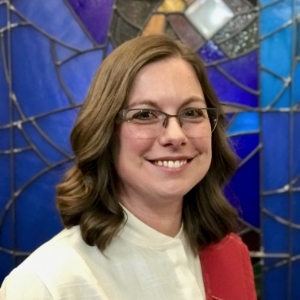 Rev. Allison Warren
Minister of Outreach & Education
Email Me
About Us
I Am New
Meet the Team
Our History
Committees
Our Beliefs
Announcements